You asked for it! We listened. 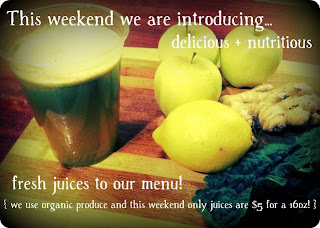 We have added a small selection of juices to our menu starting this weekend.

I can honestly say, I think these juices may just replace my Bill Murray smoothie addiction.
Watch out Bill Murray! Here comes the green juices!!!
YUM.

We are serving the 16oz size for only $5 all weekend.

Come get your juice on!
Posted by Soylent Green at 9:51 AM No comments: 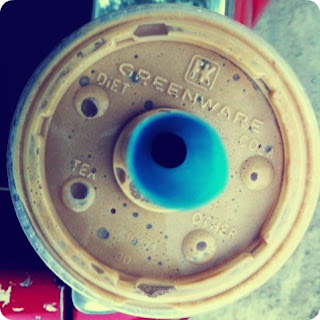 A really great customer of ours moved off of Bowen to the Interior of B.C.
She would always come for the Bill Murray smoothies. Well she contacted me requesting the recipe, because there is no where to get her Bill Murray on where she moved to! Poor girl.
So because we can't mail her smoothies to her - I shared the recipe, and she has been sworn to secrecy. Kidding!

Well all that talk about the Bill Murray the night she emailed for the recipe, made me really one. So when I went down to the trailer I had to make one for myself.
Oh my!!!
Now I know why people come every day for these!!!
It's simply a little slice of heaven.
I am in love with these Bill Murray's!

I honestly had never had a whole one, because there is coffee in it. I'm not a coffee drinker, so when it was time for taste tasting I left the observations to the professional coffee lovers.

I'm hooked though. I have to have one of these almost every day now! EEK! 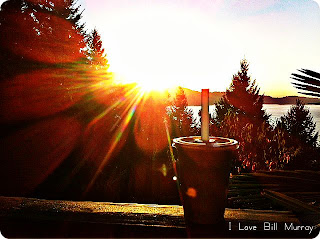 (My Bill Murray this morning at sunrise.)

I found another gal (Neige Borges) that loves him too.
I am a big fan of paper dolls and she did a Bill Murray paper doll poster (I so waaaant it!)
It gets even better!

She did a video of her Bill Murray paper doll called, "Bill Murray wearing socks".

How could you not love Bill Murray?!

She made me want to have a Bill Murray-a-thon, with Bill Murray smoothies!
That would be so good.

Posted by Soylent Green at 10:39 PM No comments: 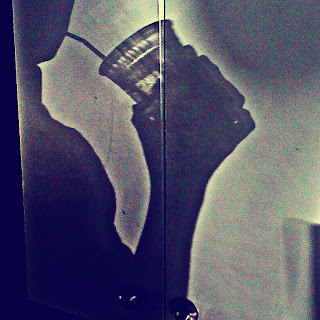 I truly wanted to keep up on this blog last week, but got carried away with some other projects that are going on right now.

I officially have transitioned the family to raw food. YAY!!! BUT,  have encountered some battles. My oldest is not as open to eating raw as my youngest daughter. I really wish I could just make it "click" with the oldest. Those of you out there that have teens that love raw over cooked meals - you are truly lucky.

I am going to keep at it with her. Hoping that she won't be so obviously disappointed every time it's meal time.

My youngest adores everything that we have tried. Which totally gives me hope. I also make sure with our dinner meals that a sweet raw treat follows to kind of bribe them into the raw food world. Those treats have all gone off with out a hitch! Of course.

My other problem with my oldest is her school cafeteria options. Oh my!!! They have 2 slush puppy machines & serve movie style popcorn! What is it a 7-11? I really don't understand how these are good lunch time choices. I'm kind of disappointed of the menu there. It's such a trap for teens. If it's up to them to make their food choices, I'm pretty sure they'll go for the easiest quickest thing there - which isn't a good thing.

To keep us going, we are trying new recipes daily!
Which has been so fun. It's always something new, which in the past we totally would get in "easy" meal ruts.

This was one of our first meals and was so fantastic. Raw cauliflower korma!
I actually put the cauliflower in the food processor to make cauliflower rice, then put the korma sauce over it. It would have been a great one to eat using a romaine lettuce leaf as a wrap. If you do the recipe - don't forget to soak your raw cashews first! (approx. 1 hr)

Posted by Soylent Green at 8:01 PM No comments:

We have a lot of smoothies on our menu that contain banana's. I personally like what they do for the smoothie - They make your smoothie thicker, creamier and sweeten it as well. Not to mention how awesome banana's are for you.

But, I have encountered many customers who shy away from the banana's in their smoothies. For one reason or another - calorie intake worries, allergies and some people just out right can't stand the smell or taste of banana's.

But, banana's are so great for you: 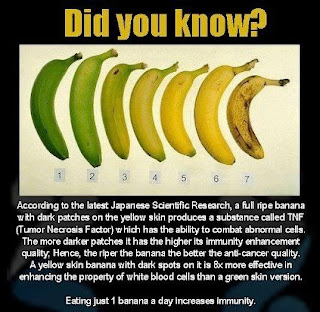 We are in the midst of trying to get a new winter menu into gear and I have been trying out recipes to appease the people who do not like banana's, so we can have a few more offerings on the menu without having to exclude the banana's from an existing option on our menu.

As much as I am drawn to banana's - my goal today is to try out a few recipes for the folks who can't handle the banana's.
I came across this rather scary article about people not liking their banana's browning. What?!!!
The article is titled, "The Fight Against Brown Banana's With Crab Shell Compound". YUCK!
Just another reason to buy organic!

Oh my! Even the dancing Chiquita Banana lady knew that your banana's are better for you, when they have flecks of brown on them, I guess she is from simpler times (1940's). Thems'were the good 'ol days! I am working on some new recipes for fall and I am drawn to doing one with cayenne pepper in it.

I first got drawn to the awesome warmth it brings in beverages when I was doing the Master Cleanse a few years ago.

I just recently read that putting cayenne in your smoothie can also help you slow down when drinking it. We sometimes tend to just down our smoothies too fast.
Forgetting that we are actually suppose to sip & chew our smoothies!
Yes, chew!!!
The faster you gulp your smoothie down, the less time your saliva has to mix with the enzymes and start the process of digestion. When you start to feel the smoothie warm up in your mouth, it's time to swallow. You will know when it's time. Try it next time you have your smoothie. It's kind of a great exercise to make you aware of how fast we normally drink our smoothies, with out even noticing.

My soundtrack for the day is going to be Lullatone!
Gosh, they are so great, they remind me of being in Japan.

Their latest album is, "Soundtrack for everyday adventures".
Check them out here 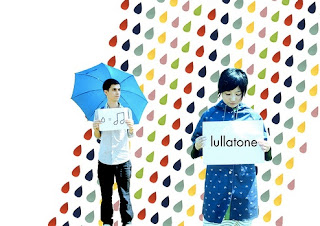 Oh! Parents!!! You have to check out their super cute app for ipads!

If you have little ones, I think they will totally love this app.

You can purchase it here after you check out how awesome it is!
Now I'm off on my smoothie making adventure, while listening to Lullatone :)

Posted by Soylent Green at 9:37 AM No comments: 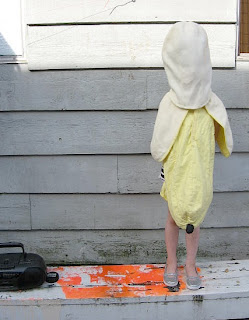 This photo was taken a long time ago. When my daughter was interested in wearing costumes everyday and we weren't all that concerned about what we put into our bodies.

If I had known what I know now! How often have you said that to yourself?

Last night my youngest daughter and I watched the first 40 minutes of the documentary
Forks over Knives  (It got late and it's a school night after all!).

After seeing the first 10 minutes of the movie, she was very effected. She decided that the whole family needs to start eating raw.

I had told her that maybe we could wait till October 1st? Because we will starting the Green Smoothie Breakfast Challenge with everyone from the trailer...
Nope - She can't wait that long.
We have to change our diet now.

Our quest together, is to pull a menu together for this week so we can start our new way of eating as a family. We are officially going raw!

I am hoping with a great menu the transition will be seamless.

I have gone "raw" before (For lent this year) & what kept me going was the planning ahead with the menu. Going raw does require a lot of "pre-soaking" of nuts. I found that "winging it" no longer was a option for meals for me. So I do think pre-planning is the key to success and a well thought out menu.

I'm ready for this change!
Let's just hope she is!

Are you ready for a change?
Maybe you should consider watching Forks Over Knives, if you haven't seen it already. 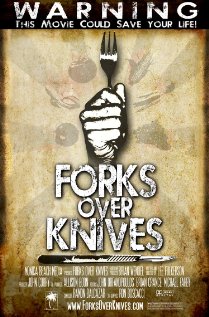 Posted by Soylent Green at 8:50 AM No comments: 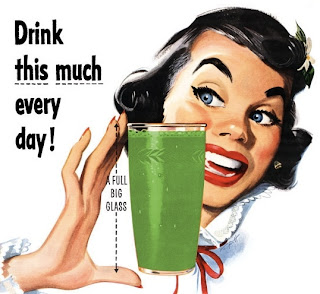 We are starting a 7 (or 10) Day Green Smoothie Breakfast Challenge on October 1.

Why would you want to start drinking a green smoothie every morning?

If you have any medical conditions please consult your doctor before joining.

Posted by Soylent Green at 5:00 PM No comments: